Your browser is out-of-date!

Update your browser to view this website correctly. Update my browser now

Precision Proco Group, continues to strengthen its offering with the news that it has brought Cliftons Bookerbinders into the group.

Cliftons, which has been in operation for more than 20 years, made the tough decision to close its doors in 2021, due to the affect of the pandemic and a number of other contributory factors.

But now the company has been given a new lease of life, after moving its trade finishing arm to Precision Proco Group, Dagenham base, which will also benefit the groups digital print platform, WTTB, which is planning to unveil its book super centre in the near future.

The move also gives WTTB the ability to produce longer runs of casebound PUR books, so enhancing its existing offer.

Clifton Bookbinders’ Managing Director, Tim Clifton, said the company had a long relationship with Precision Proco Group so it was a good move for everyone.

“We have worked with each other for around 15 years and already had a very good relationship,” he said.

“It has been a very tough time, particularly because the kind of work we do such as catalogues for auction houses, for theatres and for hospitality, simply came to a halt during Covid.

“It was a hard decision to make after more than 20 years in the business but it was important to have a rethink.

“I had a number of conversations with Precision Proco Group and it’s fantastic we now have this new lifeline and that we are able to provide our binding experience in house for them going forward.” 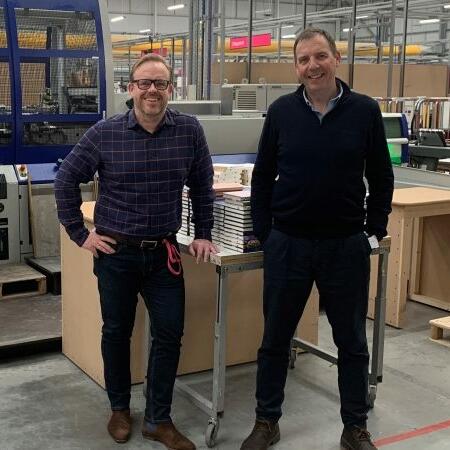 “Books are a very important growth area for us and we will be making some very exciting announcements in the near future,” said Gary.

“We have invested in equipment which will give our customers even more options than ever before and bringing Cliftons into the fold will help us achieve our ambitions.”

His words were echoed by Tim.

“This is a very exciting move and we are now looking forward to building and strengthening a whole host of new opportunities for the business,” he said.

Back to news and opinions

To find out more about how we can transform the way your business prints, we’d love to talk